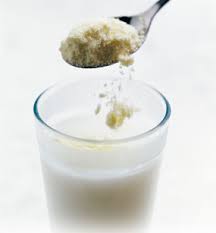 Milk Powder Packets belongs to the batches of all 4 brands of imported milk powder proved as contaminated with DCD Chemical have removed completely from the local market  according to Sri Lanka Public Health Inspectors Association.speaking at a press briefing held in Sri Lanka Foundation Institute in Colombo the president of the association Mr.U.G Rohana has said that although dcd contaminated milk powder packets have been removed from local market their officers throughout the island numbering 1860 will keep on inspecting whether those milk powder packets still selling in groceries and super markets.

However he has stressed that public health inspectors association could not guarantee that milk powder available in local market are safe for consumption until the investigations on them completed .the samples of all imported milk powders available in island wide will be sent to Industrial Technology Institute(ITI) for dcd tests he has revealed.

Meanwhile as the director general of health services Dr.Palitha Mahipala has instructed milk powder and food companies to withdraw all milk powder products which contained whey protein due to the suspicion that they might contains closterdium bacteria all milk product samples have been sending to Medical Research Institute in Colombo for the bacteria test mr rohana said.

The chief medical officer in Colombo Dr.Pradeep Kariyawasam has said that the public health department in Colombo has sent samples of 23 milk powder products today(13) to the medical research institute for clostredium bacteria test.