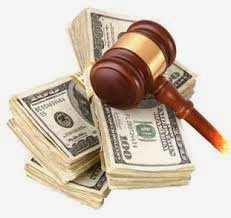 Two staff members attach to Parliament were arrested by the Criminal Investigations Department(CID) in connection with steeling around Rs.11 million from the staff thrift society fund parliament sources said.the two staffers who allegedly stole Rs.6.5 million and Rs.4.5 million respectively were arrested through the information received by CID.

The treasurer of the staff thrift society fund who is currently in overseas also involved in this financial fraud according sources.

The two arrested parliamentary staffers were produced before the courts today and were ordered to keep them in remand till 07th of March.the CID is  investigating on the fraud.
- February 26, 2014 No comments: