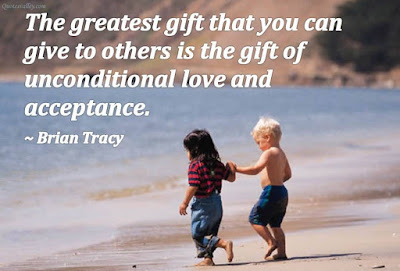 'President Sirisena has been awarded for his outstanding visionary contributions and tireless pursuit of good health for the people of his country. He has been instrumental in strengthening health system and services and has made commendable contributions to tobacco control, drugs regulation, health of migrants and control of chronic kidney disease,” Dr Poonam Khetrapal Singh, Regional Director, WHO South-East Asia Region, said here after honoring the President with the WHO award.

WHO has also presented “the same award to the Ministry of Public Health of the Democratic People’s Republic of Korea(North Korea).The Ministry is being awarded for safeguarding and strengthening the traditional medicine system and using it to provide effective health care to people,” the Regional Director said..
- September 05, 2016 No comments:

The Attorney General's Department has today (05)informed the Colombo Magistrate Court that a case will be filed against former Judicial Medical Officer in Colombo Dr.Ananda Ssmarasekera under the Public Property Act regarding the murder of former Sri Lankan Rugby Player Wasim Thajudeen.

The Attorney General's Department made this observation when the case on the murder of Former Rugby Player Thajudeen was taken up for hearing today.

The legal case will be filed against former Colombo JMO Dr.Samarasekera as several bones and other body parts of former Rugby Player Thajudeen had gone missing the Court has informed.

The Criminal Investigations Department (CID)has earlier informed the Magistrate Court that the death of former Rugby Player Thajudeen was not an accidental one.
- September 05, 2016 No comments:

The Malaria Elimination Certificate will be awarded to Sri Lanka's Health Minister Dr.Rajitha Senaratne during the ongoing Health Minister's Summit of the South and South Eastern Asia Region in Colombo tomorrow Dr.Poonam has stated during the press briefing held at Nelum Pokuna theater regarding the  summit this morning.

As no indigenous case of Malaria has been reported from the country during the last three years Sri Lanka has recently applied from the WHO for Malaria Elimination Certificate.

Sri Lanka has received the Filariasis Elimination Certificate from WHO on 21st of July.
- September 05, 2016 No comments:

Five Persons were arrested today(05) over the alleged assault  on Sri Lanka's Ambassador to Malaysia iIbrahim  Ansar at the Kuala Lampur  International Air Port in Malaysia yesterday (04)according to reports.

The case regarding the assault On Sri Lankan High Commissioner is being investigated under the section 147 of the panel code in Malaysia for rioting according to the Authorities.

However the Malaysian Authorities have declined to give details of the five suspects arrested regarding the assault .
- September 05, 2016 No comments:

Two persons were killed and three others injured and hospitalized following an accident involving a Lorry and two Trishaws in Millawitiya Area at Kuruwita today(05).

The injured were admitted to Kuruwita Hospital for treatment.The deceased were identified as residents in Kuruwita Area.

The Lorry Driver had been arrested over the accident and Kuruwita Police are conducting an investigation on the incident.
- September 05, 2016 No comments: