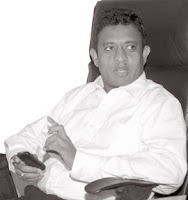 The Ministry Of Health is planned to increase the manufacturing of Medicinal Drugs up to 3500 million tablets annually  from the present annual production of 1200 million tablets to meet the local demand.Under this plan Ministry aims to increased the annual Drug Production of  State Pharmaceuticals Corporation(SPMC) to meet 75 percent of  local demand according to Ministry sources.

In view of this SPMC yesterday opened a new Drug manufacturing Unit to increase it's production.At present the SPMC produced 63 varieties of Drugs and released to the market under the generic name.

Meanwhile the State Pharmaceuticals Corporation which imported the Drugs for Government Hospitals expand their Distribution Services with opening new Drug Stores in five cities with the cost of Rs.150 million.

Main Opposition UNP To Vote Against The Budget

The Secretary of the main opposition  United National Party(UNP) Tissa Attanayake said today that his party decided to vote against the Government's 2011 Budget Proposals as it failed to met people's expectations.Government totally failed to deliver goods to the people as promised he stressed. 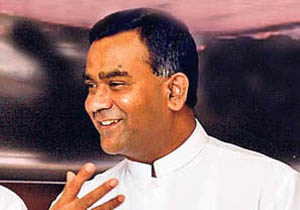 Addressing a media briefing in Colombo today UNP Secretary said that although Government failed to give concessions to the people it spent millions of rupees to maintain a jumbo Cabinet.Sri Lanka's Cabinet is the largest Cabinet in the world he further added.
- November 23, 2010 No comments:

The Debate On Second Reading Of The Budget Began Today 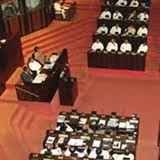 The Committee level Budget Debate will begin in 30th of November and continue till 10th of December.The Final voting for the Budget will take place in Parliament in eve of 10th of December.
- November 23, 2010 No comments: