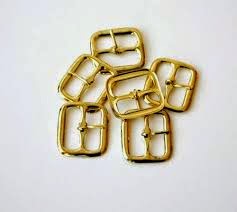 A Sri Lankan Woman has been arrested by the Customs Officials at Katunayake Bandaraniake International Air Port for attempting  to smuggle 6 pieces of gold buckles and one gold stick weighing 245 grammes  out of the country.the total value of this stock of gold is Rs.1,347,500.

The suspected woman is a resident of Kalmunei and was arrested while she tried to fly to Chennai in India through Air India Flight AI274 on friday evening it has been reported.the six piece gold buckles were fitted to suspect's hand bang and the gold stick was concealed in an injection tube customs sources said.

Following the inquiry on the incident conducted by Deputy Director Of Customs ,the arrested stock of gold  was forfeited and a penalty of Rs.75,000 was imposed on the suspect.