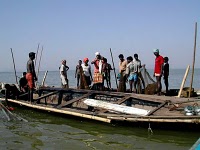 Sri Lankan Police have arrested another 24 Indian Fishermen who were illegally entered in to Sri Lankan waters a day after arresting a group of 112 Indian Fishermen who done the same act .The latest arrest was made after local fishermen apprehended them along with their seven boats and
handed over them to the police in Illawalai Police in Northern Jaffna.

A group of 112 Indian Fishermen who entered the Sri Lankan Waters for fishing Illegally  were apprehended by the local fisherman on Tuesday and handed over them to the Point Pedro Police in Northern Sri Lanka.They were later jailed for two weeks by the  local district court along with their trawlers.

There is a sharp increase of the  number of Indian Fishermen entering to Sri Lankan Waters from Tamil Nadu since few weeks back and India last month accused that the Sri Lankan Navy killed two of their fishermen.

Local District Court today (16th)sentenced the 112 Indian Fishermen apprehended by the Local  Fishermen  yesterday after entered   Sri Lankan Waters a two weeks imprisonment and ordered the authorities to keep the 18 trawlers which they traveled.

The group of Indian Fishermen apprehended by  local fishermen at point Pedro in northern sri lanka yesterday and handed over them to the police there.

Meanwhile most of the protesters including Tamil Nadu Chief Minister M.Karunanidhi's daughter who got arrested today while staging  a protest campaign in front of Sri Lankan Consulate in Chennai to oppose the arrest of Indian Fishermen, were released on bail it has been reported
- February 16, 2011 No comments:

The House Of The Deceased Actress Was Burgled 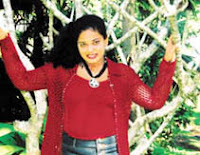 The Police Sources has revealed  that the deceased Local Actress Vinu Wettamuny's house at Ratmalana was burgled after her death .Mount Lavinia Police who  investigates  the Murder of the Actress already sealed the house and the Post Mort um of the deceased is due to be conducted.

Hailing from Kalutara District  in the Western Province Vinu Wettimuny who was 26 years old at the time of her death first entered in to the small screen where she acted in Tele Dramas.Some of her popular Tele Dramas were "Ahasin Watunu Minissu","Weeduru Biththi" and "Udam Rali".She made her debut as a Silver Screen Actress in the year 2007/2008 from a film directed by her self  "Sihina Dewduwa" and she portrayed the main role in the film.
- February 16, 2011 No comments: 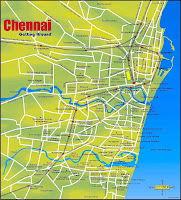 Around 1000 activists along with the Tamil Nadu Chief Minister M.Karunanidhi's daughter Parliamentarian  K. Kanimozhi got arrested by  Chennai Police today when they protested out side of Sri Lankan Consulate in Chennai .Police dispersed the protest which was headed by Chief Minister Karunanidhi by accusing that the Sri Lankan Fisherman apprehended  112 Indian  fisherman from Nagapattinam in Tamil Nadu at  Akkaraipattu fishing habitation in Northern Sri Lanka during last night

Protests also held in front of  Harbors in Tamil Nadu .

Meanwhile the Sri Lankan Minister of Traditional Industries and Small Enterprises Douglas Devananda has said that the 112 Indian Fisherman arrested last night will be released after an official investigation.The Minister has also said that the Indian Fisherman in Custody accepted their fault and pleaded pardon for fishing in Sri Lankan Waters.
- February 16, 2011 No comments: 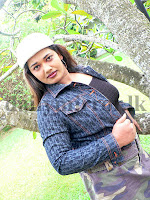 Young Local Film Actress and a film producer Vinu Wettimuny was murdered at her residence in Rathmalana  of Colombo Suburbs.According to the Police three suspects are believed to be involved with her murder.Police are conducting further investigations.
- February 16, 2011 No comments: 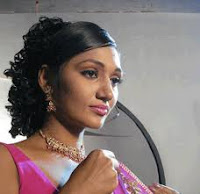 Government MP and popular Sri Lankan Actress Upeksha Swarnamali who widely recognized here as "Paba" was admitted to the Kotte Sri Jayawardenapura Teaching Hospital after received facial injuries due to an assault at Home sources said.She is reported as having an internal bleeding.

Police are conducting an investigations on her assault as a domestic violence although no official complaint received regarding the assault sources said.

MP Swarnamali widely recognized here as "Paba" after she portrayed the  main role in the recently concluded "Paba"Tele drama was elected to Parliament from the Gampaha District with highest number of votes under the main opposition the United National Party's(UNP) ticket and later she joined  the Government.
- February 16, 2011 No comments: