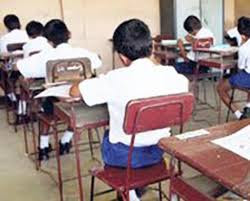 Some teachers trade unions requested education authorities to annul the scholarship examination and re held it in a view of thousands of students who faced injustice  due to leak of examination paper.

A large scale financial fraud occurred during handing over janitorial tenders (cleaning services)of 54 Government Hospitals to private companies for 2012-2013 period it has been revealed,The fraud occurred when handing of said tenders to government hospitals vested to ministry of health at a cost of Rs.3 billion sources said.

A sum of Rs.12 million had exchanged as commissions during tender procedure which  3 of the powerful persons in the health ministry including a minister got involved sources further added.a sum of rs.3 billion spending for janitorial services is a total waste of public money which can be utilized to purchase out of stock drugs in hospitals health ministry officials said.as these tenders solely handled by higher officials of the ministry they do not even requested the service of a labor officer to calculate wages of laborers involved in janitorial service which is must according to labor laws officials have said.

Also due to improper way of handling these tender deals the companies who produced lowest bids and suitable for offering janitorial tenders were ignored.

The procurement committee which prepared  tender deals  put low wages for laborers  which were very low compare to Rs.633 minimum daily wage (for a 12  hour shift daily) recommended by labor department.Also the private companies who received the tenders after   produced highest bids have been reported as not paying   full amount of the salary of laborers and as a result some laborers attached to some janitorial companies who are cleaning hospitals launched a strike action by opposing this it has been revealed.
- August 27, 2012 No comments: