The Consumer Affairs Authority has found around  25,000 rotten Oranges which are not good for consumption from Pettah Area according to the authority.the  stock of rotten oranges has been imported from China and it has found that these oranges were sold to customers for lower prices.

PSNU Has Questioned On The Credibility Of Health Ministry Investgations 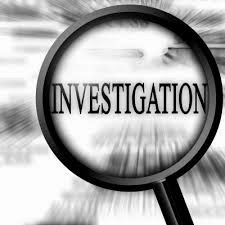 The President of Public Services Nurses Union(PSNU)  Venerable Muruththettuwe Ananda Thero has today(25) strongly questioned from  health ministry officials how they have  ignored investigating on a health institution director who has received  the salary of a consultant doctor Fraudulently  for 15 years and began investigations on how nurses received midwifery training per the request of government medical officers association(GMOA).

The PSNU President has stressed that Health Ministry should investigate on the said corrupt doctor who himself is not a consultant although he has fraudulently taken the consultant doctor's salary.it becomes a joke of the year that the health ministry officials investigating on the midwifery training received by nurses and on the other hand ignored investigation on a corrupt health official.

Addressing a media briefing held at Abayaramaya Temple in Narahenpita,Colombo this morning  ,venerable Muruththettuwe Thero has stated that the government hospital nurses numbering 30,000  have decided to launch an island wide continuous strike action after 29th of this month if the health ministry has failed to solve the dispute rise over the midwifery training given to nurses immediately .