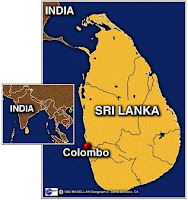 Under the Special Operation carried out by  Colombo Crimes Division Police Officers during last few days got arrested 199 suspects from Colombo,Colombo North and Colombo Central Police Divisions according to the sources.

Under the operation police got arrested 4 men who wanted in connection with robberies ,16 men on warrants,12 men wanted for number of criminal activities and 59 men for processing kasippu,ganja and heroin the sources added.

During this Operation 21 Motor Bikes and Tri Shaws which  parked in areas where vehicle parking is prohibited were also taken into custody.
- September 25, 2011 No comments: