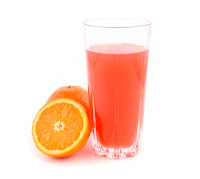 Meanwhile the Ministry Of Health under the instructions of Health Minister Maithrepala Sirisena has decided to conduct a workshop for all Soft Drink Manufacturers in the Island on how to maintain International Standards when making Soft Drinks for consumers.This Workshop is due to be held in Colombo during the coming week.

Sri Lanka recorded a power packed 210 run victory over minnows Canada in their inaugural World Cup Cricket match played at the Mahinda Rajapaksha International Cricket Stadium in Suriyawewa,Hambanthota today.Sri Lankan Team scored a mammoth 332 for 7 wickets in their 50 overs and as a reply Canadian Team all out for 122 runs in 36.5 overs.

Sri Lankan Opener Thilakaratna Dilshan reached 5000th run in his One Day career during his innings of this match and Mahela Jaywardena scored fastest 100 runs in ICC World Cup Cricket Match from 81 balls with 9 fours and a six.

Before the Match the newly built  Cricket Stadium in Hamabanthota was ceremoniously declared open by the Parliamentary Speaker Chamal Rajapaksha this evening.As the match played under flood lights Sri Lankan Skipper Kumar Sangakkara won the toss and elected to bat first in the newly laid pitch.
- February 20, 2011 No comments: