Opposition Leader Off To India

The main opposition UNP has decided to remove four of their Parliamentarians due to expressed their support on the 18th Amendment proposed by the Government.UNP General Secretary Tissa Attanayake announced yesterday that the Party has decided to removed UNP Parliamentarians Lakshamn Senevirathna,Earl Gunesekaera,Manusha Nanayakkara and Abdul Carder.According to the Secretary this action will taken according to the decision taken at the recently concluded Working Committee M eating of the Party.

UNP already decided to take disciplinary action against the Party members who are going to vote with the Government when the 18th Amendment presented to the Parliament on 08th of this month. 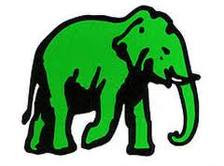 Bringing the Opposition into chaos  Three  Parliamentarians of the main opposition United National party(UNP) yesterday  pledged their support to the Government to pass the much debated 18th Amendment to the Constitution when it presented to the Parliament on 08th of September.The Parliamentarians Deputy Chairmen of The UNP elected from Badulla District Lakshman Senevirathna,Pollonnaruwa District MP Earl Gunesekera,and Galle District MP Manusha Nanayakkara were announced that they will vote with the Government to passed the 18th Amendment to the Constitution which allows to removed the restrictions imposed by the present Constitution towards a President cannot contest for the Presidency more then two occasions.

Main Opposition UNP already decided to vote against the Amendment along with the leftist Janatha Wimukthi Peramuna(JVP).