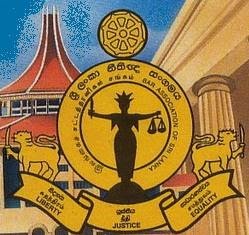 While the Bar Association Of Sri Lanka(BASL) has passed three resolutions yesterday (15) on not to support a newly appointed Chief Justice if the  incumbent Chief Justice Dr.Mrs Shirani Bandaranaike is removed without conducting a fair trial ,the vice president of the association Anoma Gunathilake has announced her resignation as a protest over not passing resolutions through a ballot.

The Bar Association Meeting was conducted upon a request signed by  400 of it's members has passed three resolution on chief justice by showing hands of it's members without holding a ballot.a tense situation was a risen due to this situation which was later brought under control.