No Price Hike In Fuel Next 12 Months 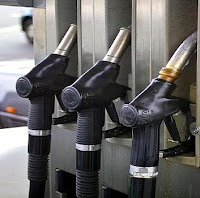 The Petroleum Development Minister Susil Prem Jayantha has said today that there will be no price increase of petroleum in next 12 months.Speaking to the media after assuming duties in his ministry today the Minister has said that government will stop purchasing fuel from global market and looking to buy fuel from friendly neighbor countries.
- November 25, 2010 No comments:

Another Minister And Three Deputies Sworn In To Day

Rs.21,71,303 has spent daily by the Colombo Municipal Council to  remove garbage from City of Colombo The Minister of Provincial Councils MP Indika Bandaranaike has said  in Parliament today.According to the Minister daily around 700 tonnes of garbage are collected from the Colombo City and in some days garbage is collected two or three times.

However denying these charges Minister Bandaranaike has said that government is having a national policy in collecting garbage.
- November 25, 2010 No comments: