The 'Suraksha 'Insuarance cover given

to School childten by the good governance government will continue in an effective manner Minister of Media Bandula Gunawardane has stated .

However he has stressed rhat an inquiry will be held regarding extending the Suraksha insuarance cover agreement without calling tenders .

Meanwhile Education Minister Dallas Alahapperuma has said that School children will be given School uniform vouchers as offered by Good governance government from next January when the schools will be reopened .
- November 28, 2019 No comments:

New Defense Media Spokesman To Be Appointed By President-Cabinet Spokesman

A new Media spokesman attached to

the Ministry of Defense Will be appointed soon after President Gotabaya Rajspakshe returns home from India accordance to the Minister  of Media and Cabinet spokesman Bandula Gunawardane .

After appointing the Defense Media spokesman all the news  related to Security affairs  will be issued to the media through him, He has stated during a press brirfing held at Government Information Department in Narahenpita yesterday (28).

Ministers Banduala Gunawardane and Dr.Ramesh Pathirana had been appointed as Cabinet spokesmens of the current government .
- November 28, 2019 No comments:

Colombo had been closed Down last wednesday  (27)by the interim government and national Police commission has approved it . 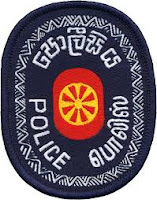 The Telephone numbers of the Police Media Spokesman's office and the Media Spokeman became dead since last Wednesday .

However government has announced that  all the information  related to Police will be announced through the Media division attached to Ministry of Defense .

Three Deputy Ministers Who had

sworn in their posts last morning had been promoted as State Ministers  few hours later it has been reported.

All three Deputy Ministers had later sworn in as State Ministers before President Gotabaya Rajapakshe .

With these three new appointments number of State Ministers appointed so far had been increased to 38.No Deputy Ministers had been appointed up to.now .
- November 28, 2019 No comments: