The Central Committee of the main opposition Sri Lanka Freedom Party(SLFP)  has today (23) unanimously decided to vote in favor of  the Draft Bill on 19th Amendment which is scheduled to be taken in to debate by Next Monday(27)according to the Cabinet Spokesman Dr.Rajitha Senaratne .

The President Maithripala Sirisena has also assured to pass the  20th Amendment on new electoral system which proposed by the SLFP.The Parliamentary Group representing the SLFP has earlier decided to support 19th Amendment Draft Bill only if the government will presented it to the Parliament with new electoral reforms. 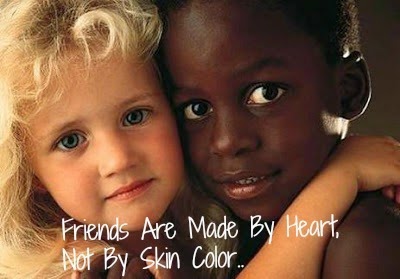 The Cabinet has yesterday (22) approved the Draft Bills on "Right to Information" and " National Audit" as promised through the government's 100 day public welfare programme according to the Cabinet Spokesman and Minister of Health And Ingenious Medicine Dr.Rajitha Senaratne.

The Cabinet has also approved a new electoral system presented by the President Maithripala Sirisena Cabinet Spokesman has further added.
- April 23, 2015 No comments:

A tense situation has occurred in front of the Bribery Commission Building this morning as a group of protesters lead by Pivithuru Heala Urumaya Party Leader Udaya Gammanpila have staged a protest campaign  there against summoning of former Defense Secretary Gotabaya Rajapakshe  at the bribery commission over corruption allegations.Mr.Rajapakshe who is also the brother of former president Mahinda Rajapakshe had arrived in bribery commission this morning  to give a statement to the commission regarding the corruption charges leveled against him.

Meanwhile the protesters have chanted slogans by criticizing the bribery commission officials for summoning the former Defense Secretary at the commission.
- April 23, 2015 No comments:

At the moment MP Rajapakshe is at a Merchant Ward of the Hospital.The other two who were arrested yesterday along with MP Rajapakshe ,The former secretary to the Ministry Of Economic Development Dr.Nihal Jayathilake and the former director general of the Divi Naguma Programme R.A..K Ranawake were also admitted to the Welikada Prison hospital this morning after they too were complained on poor health condition which becomes a very common condition these days among the VIP's including the politicians in Sri Lanka whenever they are under an arrest order.

MP Rajapakshe and two other attached to his former Ministry were arrested yesterday by the Police Crimes Investigations Division over an allegation leveled against them regarding  misusing the state funds over Rs.700 million that belonging to the Divi Naguma Programme.

When arrived at Police Crimes Investigations Division to give statements yesterday regarding the allegation leveled against them all three were in good health condition according to the sources.
- April 23, 2015 No comments: