Due to the higher demand on locally produced liquid milk and milk powder these days there is a shortage of supplying these compare to the demand it has been reported.in some markets and food cities there is a severe shortage of locally produced milk powder products like Highland and Palawatta reports have revealed.consumers in cities not only avoid of buying imported milk powder from New Zealand but also the milk products like Yoghurt,Curd ,Cheese and Butter as well which are made from cows milk sources further said.there is a higher demand for milk products made by local factories like Ambewela,Kothmale and Highland.

As he has discussed with Sri Lankan counterparts on  measures to increase liquid milk production in  Sri Lanka during his previous visit ,New Zealand foreign minister has expressed his country's willingness to  expedite these plans and promised  that new Zealand Prime Minister  john key will sign a MOU with Sri Lankan Government in this regard when he comes to Sri Lanka this November to attend the Commonwealth heads of government meeting scheduled to be held  in Colombo.

The importance of promoting liquid milk production in the country became limelight after some imported milk powders mainly  from New Zealand have found contaminated with Agro Chemical DCD.
- August 30, 2013 No comments: 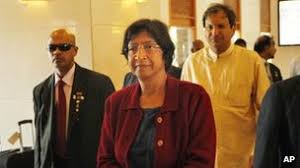 During this meeting Mrs.Pillay has said that she was very pleased on appointing a commission per the recommendations of lessons and  learn t commission to look in to war crime disappearances.also she urged that there have been good corporation between her office and the Sri Lankan Government in facilitating her visit and she has received good briefings at all her meetings.

President Rajapaksha has told the United Nations High Commissioner  that many Sri Lankans belief that United Nations is biased in the way it  deals with the countries.also president has urged that those who voiced these concerns to him not to prejudge the report mrs.pillay is due to issue.

Sri Lanka Customs has today(30) seized a large stock of heroin from orugodawatta area weighing over 100 kilo grammes and arrested four  persons including a Pakistani and local importer  who were involved in transporting this stock to Sri Lanka .the seized stock of heroin reported  as the largest ever drug stock seized in  sri lanka as well as from entire South Asian region .it is suspected that this drug stock had been  brought down from Pakistan customs sources said.

The largest stock of drugs which has earlier seized in the region was a drugs stock weighing 30  kilo grammes and it worth around Rs.1000 million according to reports.

The stock of heroin seized today was found packed inside a 40 foot container  and the content described as grease sources added.

Due to the severe shortage of nurses in  government hospitals throughout the island Intensive Care Units(ICU) of most of the  hospitals have already shut down and functioning of specialized units and wards got paralyzed according to Government Nursing Officers Union.around 2 ICU's in neuro surgical unit attach to  Colombo National Hospital have shut down already due to the shortage ,union has said.on another 6 ICU's of the same neuro surgical unit only 19 beds out of 66 total beds there are functioning due to the shortage of nurses a spokesman of nurses union has said.

There's a shortage of 25,000 nurses in government hospitals at present but health ministry has not taken any steps to do away with the shortage the nurses union spokesman has stressed.even 2500 youth selected for nurses training last year still not recruit to nurses training colleges due to poor planning of the health ministry officials he has further said.
- August 29, 2013 No comments:

The Prime Minister of Republic Of Korea Jung Hong Won arrived Sri Lanka this evening for a 3 day official state visit.this was the first time that a south Korean leader has arrived Sri Lanka after a lapse of 36 years since both countries established diplomatic relations in 1977.

South Korean prime minister is due to hold bi lateral talks with sri lankan president and scheduled to be attended  a meeting of local university students during his visit.

Fonterra Has Resumed It's Operations In Sri Lanka 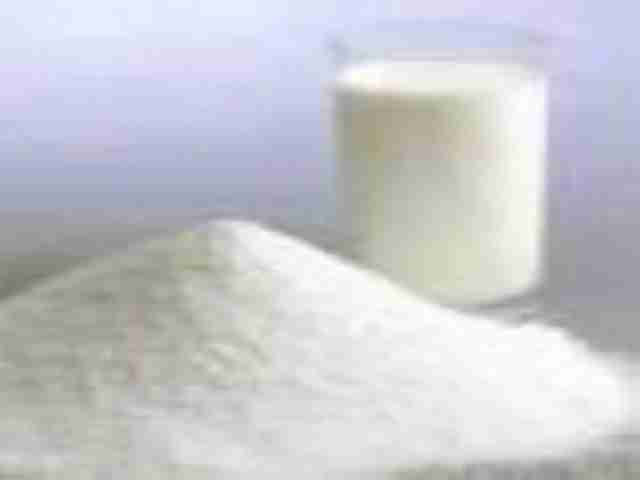 The New Zealand Dairy Company Fonterra which shut down  their office and manufacturing Plant in Sri Lanka last friday due to security reasons has resumed their operations today(28) according to Fonterra Brands Sri Lanka Private Limited.

The enjoin order avoiding distribution ,selling and advertising of  all milk products belongs to  Fonterra issued by Gampaha District Court based on the contamination of DCD agro chemical in some of fonterra products too has lifted recently. however the injunction order issued by Court of Appeal by avoiding advertising fonterra milk powder products as 100% safe to consume  will be effective until 02nd of September.

Fonterra Brands Sri Lanka Private Limited has said that they have shut down their office and manufacturing plant here due to safety concerns over  their 755 member staff and assets following  the political party led demonstrations held against the company.

Meanwhile foreign news reports quoted by  New Zealand Ministry Of Primary Industries has said today that   studies conducted in labs had shown that the whey protein concentrate which has said to be contaminated with Bacteria during it's  production at a Plant belongs to Fonterra is not the closteridum botulinum bacteria  causing the disease botulism but a bacteria called closteridum sporogenes which may be associated with food spoilage in elevate levels. 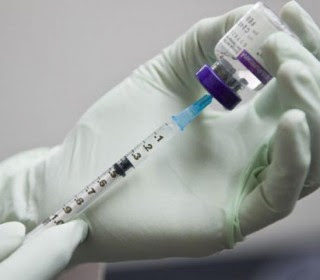 Two varieties of injection vials contaminated with glass pieces and white powder have been found from Ratnapura General and Padukka District Hospitals recently claimed the president of Health Services Trade Union Alliance(HSTUA) Saman Ratnapriya.according to him the two injection vials "Aciclavoir Sodium" Injection  (250mg)prescribe for Chicken Pox and Encephalitis and Promethazine Hydrochloride (25 mg) (Phenogan) prescribe for vomiting and allergies  have been contaminated with few glass pieces and white powder respectively.

The president of HSTUA has urged Health Minister to punish the culprits who are  involved in importing these contaminated injection vials to Sri Lanka without limiting it to words.

The batch of injection vial "Aciclavior Sodium" which contaminated with pieces of glass have total of 36,000 injection vials and it worth Rs.3.13  million as one vial costs Rs.87  he said.

During her visit here the  Human Rights Commissioner Pillay is due to hold talks with President Mahinda Rajapaksha,Defense Secretary Gotabahaya Rajapaksha and Economic Development Minister Basil Rajapaksha as well as due to visit war ravaged North and Eastern Provinces to view the situation there.she is also expected to meet several government and opposition party members as well as civil society groups and survivors of the conflict.navi pillay is the most senior UN Official to be visited  Sri Lanka since the end of three decade long civil war in North and East Areas in the year 2009.