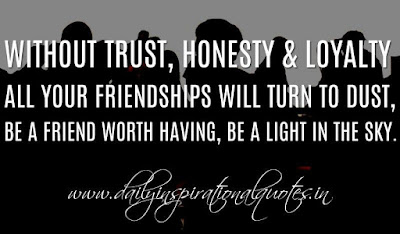 SORE KNEES? MAY BE YOU HAVE FABELLA

BE PROUD OF OUR BUDDHIST CULTURAL HERITAGE

A Person Was Arrested With Five Kilo Grammes Of Heroin

arrested a 28 year old person whilst transporting  5 Kilo Grammes of Heroin in a Motorcycle at Makola in Kiribathgoda area yesterday (17).

The suspect is a resident of Kelaniya area and due to be produced before the court.

MEANING OF LOVE AND TRUE FRIENDSHIP IS NEVER GIVING UP AND NEVER STOP TRYING TO SORT OUT A PROBLEM-IF SOMEONE STOP TRYING ,IT'S A FAILURE 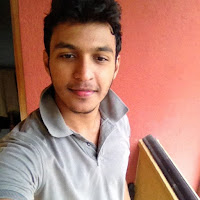 addicted Singer Amal perera ,who is still under  Dubai police custody had been questioned around one hour this morning (18)by the Criminal Investigations Department (CID)officials at CID Headquarters in Colombo.

Nadeemal Perera was questioned by CID Officials over the connection between his father singer Amal perera and Deputy Inspector General Of Police (DIG)Nalaka De silva who is currently in remand over his involvement of the Assasination plot launched against President Maithripala Sirisena and former Defense Secretary Gotabaya Rajapakshe .

Singer Nadeemal Perera who was arrested and jailed along with 30 others including his father Amal Perera and Drug kingpin Makandure Madush last February whilst attending a Birthday party in Dubai had been released and expelled to Sri Lanka recently.

He was arrested by CID Officials at the Katunayaka Airport and later released after questioning him.

Aftet giving a statement to CID Nadedmal had left the CID Headquarters ut has been revealed.

The ceiling of the newly constructed

Conference hall building of Ella Pradeshiya Saba(Local government Council) in Badulla District  inaugurated on 21 st of February 2018 had collapsed to the ground last night(17) it has been reported.

The Ceiling collapsed as a result of making it in poor quality by a Building contractor appointed under the political influence the sources have said .
No casualties had been reported due to the incident as it occurred at a time when no one was there.Authorities have inspected the collapsed ceiling this morning.
- April 18, 2019 No comments:

First Sri Lankan Made Sattellite "Ravana"-01 Has Launched To Space

The space craft "Cygnus" carrying the first Sri Lankan communication satellite "Ravana one " had been  launched to the space this evening (18) from Virginia state in United Srates Of America today (18).

The sattellite "Ravana-01 " carried by the space craft had made   by the two sri lankan research Engineers Tharindu Dayarathna and Dulani chamika attached to Arthur .C Clerk Space center in Moratuwa .

The duo had designed the satellite weighing 1.1 Kilo grammes under the "Birds" project of Kyushu University,Japan.

The Space Craft carrying the Sattellite is due to reach International Space Station by tomorrow evening it has been reported.

The sattellite Was named as "Ravana"to expose the world on the Aviation technology adapted by yesteryear Sri Lankan King Ravana according to sources.

A person was killed and another person had been critically  injured and hospitalized due to a leopard attack at Kumana National park(Eastern Province) this evening(18) .
The injured had been admitted to Akkareipattu  Hospital for treatment.

The deceased who was a tractor driver had faced this incident whilst involving in ongoing construction work at the National Park it has been revealed.The leopard had dragged away the Tractor driver who was relaxed under a tree of the park along with four other fellow workers after transporting sand for the construction work of the roads in National park according to sources.

Fellow workers have stoned the leopard ,However failed to rescue the victim.Later Wild life officers had recovered the body of the victim around 100 meters away from the incident.

The critically injured person was attacked by the leopard when he had accompanied wild life officers to the area where the leopard dragged the victim away .
- April 18, 2019 No comments: