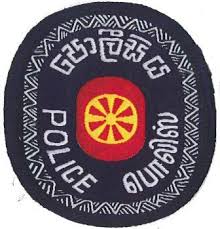 The Deputy Director General Of Police (DIG) Vaas Gunawardena who is in remand over the alleged involvement in abducting and killing of a a  Colombo based businessman has  interdicted today(18) according to Police.DIG Gunawardena who was arrested in suspect of the abduction and killing was admitted to the Colombo National Hospital and later transferred to Prisons Hospital after he fell ill while in custody.

Before getting arrested he was questioned by CID on his involvement of the incident.after produced before the court Colombo Additional Magistrate A.M Shabdeen has remanded him till 25 th of June.

DIG gunawardena was charged on abducting and killing of businessman Mohomad Siyam in Dompe Area on 22nd of May.