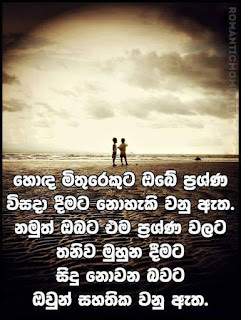 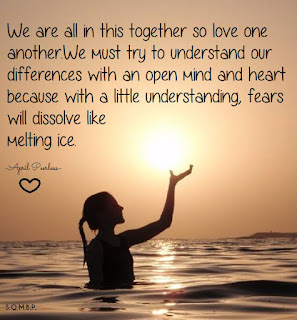 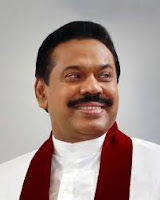 The former president Rajapakshe who lead the election campaign of the United Peoples Freedom Alliance(UPFA) by expecting to become the new Prime Minister have to satisfied with 423,529 Votes he has received from the Kurunagala District(In North Western Province) at the election as the UPFA not able to secure majority of seats in the Parliament to form a new government.

Former President Rajapakshe has received the highest number of preferential votes among st candidates  contested for the Kurunagala District at the election held yesterday(17).
- August 18, 2015 No comments: 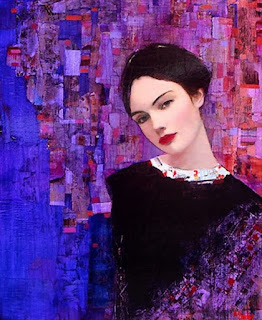 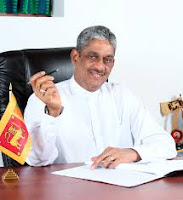 The Democratic Party lead by the war hero who guided Sri Lankan Armed Forces to crush LTTE Rebels in 2009 Field Marshal General Sarath Fonseka has not able to secure a single seat in the Parliament at the Sri Lankan Parliamentary  Election held yesterday.Field Marshal Fonseka who was  the former Army Commander had contested for the Colombo District at the election while his wife Mrs.Anoma Fonseka had contested for the Gampaha District from the Democratic Party.

At  the Previous Parliamentary Election field marshal fonseka has won a Parliamentary Seat in Colombo with  higher number of votes and later lost the seat due to the case filed by the previous government against him at the Military Court.

Meanwhile voters in most parts of the country have voted and elected few former MP'S who are having charges against them on Thuggery,Drug Dealing,Importing Ethanol and rape cases  to the Parliament at the yesterday's election while rejecting war hero like Field Marshal Fonseka and most of the intellectuals that should be in the Parliament according to the Political Analysts.

Some of these elected MP'S have cases filed against them at the Police Financial Crimes Investigations Division.There are some actresses also elected to the new parliament who are not having political knowledge at all the analysts have said.
- August 18, 2015 No comments: 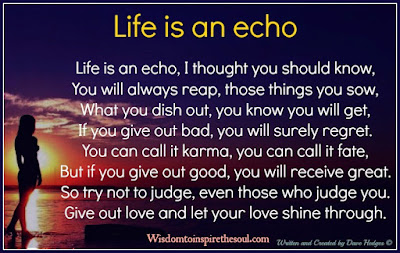 According to the final result of the Sri Lankan Parliamentary Election held yesterday(17) the United National Party(UNP) has secured 106 Parliamentary Seats including 93 members elected through the vote and 13 members from National List with 5,098,927 Votes (45.66%) and in a position to form the next government.

The Tamil National Alliance(TNA) has became the third major force in the Parliament by securing 16 Parliamentary Seats including 14 through vote and 2 seats through the national list.TNA which contested for the North And Eastern Provinces has received 515,963 votes(4.62%) .

The leftist Janatha Vimukthi Peramuna(JVP) has secured  6 seats including 4 through the vote and 2 seats through the National List .At the last Parliament the JVP had only 3 members.

The Elections Commissioner is due to made a statement regarding the Election after  releasing the  final  preference votes list of the  candidates .
- August 18, 2015 No comments:

"There Are No Winners Or Losers In This Election.Lets Develop The country Together" -Newly Elected Prime Minister Ranil Wikaramasinghe 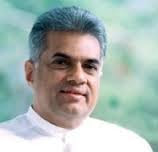 The Prime Minister Ranil Wikramasinghe has said today(18) through a special statement that "There are no winners or losers in this election .Let's develop the country together as a one family".

Prime Minister wikramasinghe who is also to be sworn in as the newly elected Prime Minister today (18) has also invited all to join hands with the government to build an ethical country with a new political culture.He has thanked all those who have assisted  to conduct a free and fair election.

"Lets work together as the children of one mother for the betterment of the country" Prime Minister has further added.

According to the election results released so far the United National Party(UNP) has secured 92 seats of the 225 member Sri Lankan Parliament and the United Peoples Freedom Alliance(UPFA) has managed to secure 83 seats.The leftist Janatha Vimukthi Peramuna(JVP) has secured 4 seats.