Dermatologists Slammed The Beauty Parlors In The Country For Providing Skin,Hair Care And Skin Related Laser Treatment Which Not Entitled To Them 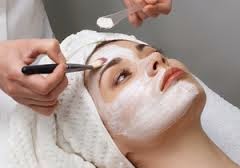 The Office Bearers of  the Sri Lankan College of Dermatologists have today heavily Criticized   the majority of Beauticians who are running Beauty Parlors in the country for  giving Skin Care,Hair Care and Laser Treatment For Skin Diseases to their customers without any proper training which should only be performed by Dermatologists .The Past President of the College Of Dermatologists Dr.Mrs Chalukya Gunasekera has said that the Beauticians should only performs beauty care services like Facials,Trimming Of Hair and Dying Hair instead of performing treatment vested to the Dermatologists as the number of people who are suffering various side effects after receiving such treatment through beauty parlors are on increase.

Speaking at a Press Briefing held at the Office of College Of Dermatologists in Colombo this morning Dr.Gunasekera has stressed that daily a significant number patients suffering from side effects related to skin and hair care treatment received through beauty parlors are attending   in Government Hospital skin clinics  seeking treatment.

Some skin and hair care as well as bleaching treatments provided by the beauty parlors are very harmful  and sometimes it might  cause a loss of life else ended up with a serious side effects  Dr.Gunasekera has said.

Some Beauticians are getting use to provide bleaching treatment for their customers by giving an injection which contains arsenic and other poisonous substances she has said."the said injection is recommended for cancer patients to reduce side effects caused by the chemo therapy they are receiving and as a result the skin of a  young girl aged 20 or 25 years will wrinkle as that of 60 year old female ".This is an embarrassing situation and those who are going for the beauty parlors to whitening their skin through the bleaching therapy should be careful when getting such treatment through an unqualified personal " Dr.Gunasekera has revealed.

Acnes ,White and Black spots appeared on the skin should be properly treated by a dermatologist and the patients should undergo a series of tests prior to the treatment  she has said."But the beauticians who are giving the said treatment are providing the service without a proper knowledge on the treatment it has been revealed.

Addressing the briefing the secretary of the College Of Dermatologists Dr.Mrs.Indira Kahawita has said that the health authorities especially the National Drug,Cosmetics and Devices Authority
should have introduced a proper standard mechanism for the all beauty parlors functioning throughout the island and should ban the beauticians from performing treatment practice only by the dermatologists .
- August 19, 2014 No comments: