The All Ceylon Nurses Union has today (24)claimed that the proposed National drug Policy Draft should be fully changed as it fails to come near the Professor Senaka Bibile's original National Drug Policy .

The Government Pharmacists Union lead Expert Panel has already suggested to amend 42 articles of the proposed drug policy draft which is currently published in Health Ministry web site for the   suggestions of the public .

As the proposed drug policy fails to safeguard patients rights for getting high quality medicinal drugs for lower prices it should be changed completely and should re introduced the previously made drug policy draft which was announced by health authorities as misplaced ,the president of All Ceylon Nurses Union Mr.Gamini Kumarasinha has said.
- June 24, 2014 No comments: 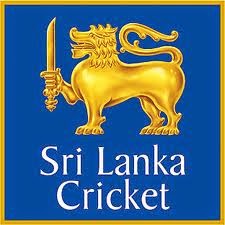 The Sri Lankan National  Cricketers have made history today(24) by sealed  their first ever Test Series Win recorded in England when they beat England by 100 runs during the last day of the second test match played in  Headingly.with this win Sri Lankans won the two match test series by 1-0 .

Besides the test series win Sri Lankans have also managed to win full match series in England  including the one day series by 3-2 and also the  one off T20 match.

By chasing 350 runs target on the final day of the second test today,English Batsmen  were  dismissed for 249 runs in just two balls to be delivered in their second Innings.Bowler Moen Ali was top scored for England in the second innings by scoring an  unbeaten 108 runs not out at the end  .the last pair Moen Ali and fast bowler James Anderson have faced 21 overs and tried  to save the test match for England amid st some tight bowling of Sri Lankan Pace bowlers .Fast Bowler Dammika Prasad was impressive as he was collected 5 wickets for 50 runs and pace bowlers Shaminda Eranga,Nuwan Pradeep and Spinner Rangana Herath have bowled some tight overs.

Although both Ali and Anderson seems to be settled down in the crease and going  to save the test match for England it was Shaminda Eranga who was shattered their dreams for a draw  when he bowled last over of the England innings. Erange has s trucked James Anderson where he  hit a rash stroke of the rising delivery of erange and  gave a easy catch to Rangana Herath . Last Batsman James Anderson was not able to score a run although he has faced 55 deliveries.