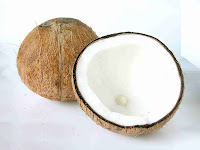 The Government has decided to import Coconuts from three Asian Countries with immediate effect to control the sky rocketing price of Local Coconuts the Internal Trade Ministry has announced today.According the Ministry the Government has decided to permit the Coconut Development Board and Local Coconut Importers to import Coconuts from Malaysia,Kerala-India and from Indonesia before the festive season to control the prices of local coconuts.

The Price of a Local Coconuts  now stands as Rs.44-50 per nut.Although Coconut Development Board Selling Coconuts Rs.30 per nut through a mobile service within the Cities it has not been reached to many people it has been reported.

Coconuts are one of the three major Exported products in the Country since decades.