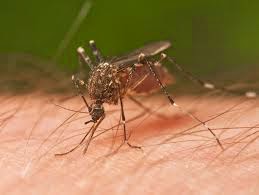 Out of the 65 dengue deaths reported  this year 37 were reported from the Colombo District.Western Province is the province which had most number of dengue deaths this year around 82 so far the Director of National Dengue  Control Programme Dr.Hasitha Thisera has said.

While addressing a Media Briefing held at the Health Education Bureau,he has said that the Ministry Of Health has declared a National Dengue Mosquito Control Week from 10th of September to 16th of September in view of inspecting dengue mosquito breeding places throughout the island.Health Workers along with the members of Tri Forces and Police are due to carry out island wide raids in all houses,institutions,schools and religious places by searching dengue mosquito breeding places during this week Dr,Thissera has stressed..
- September 05, 2014 No comments: