Price Of The Domestic 12.5 KG LPG Gas Cylinder To Be Reduced 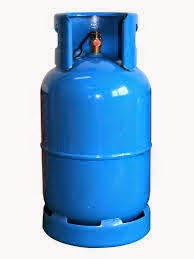 Government has decided to reduce the 12.5 KG domestic LPG Gas Cylinder by Rs.250 with effect from midnight tonight the internal trade ministry has announced.According to the latest price revision the new price of the 12.5 KG Domestic Gas Cylinder will be Rs.1896.
- December 06, 2014 No comments:

Essentially, according to Buddhist teachings, the ethical and moral principles are governed by examining whether a certain action, whether connected to body or speech is likely to be harmful to one's self or to others and thereby avoiding any actions which are likely to be harmful. In Buddhism, there is much talk of a skilled mind. A mind that is skilful avoids actions that are likely to cause suffering or remorse.
Moral conduct for Buddhists differs according to whether it applies to the laity or to the Sangha or clergy. A lay Buddhist should cultivate good conduct by training in what are known as the "Five Precepts". These are not like, say, the ten commandments, which, if broken, entail punishment by God. The five precepts are training rules, which, if one were to break any of them, one should be aware of the breech and examine how such a breech may be avoided in the future. The resultant of an action (often referred to as Karma) depends on the intention more than the action itself. It entails less feelings of guilt than its Judeo-Christian counterpart. Buddhism places a great emphasis on 'mind' and it is mental anguish such as remorse, anxiety, guilt etc. which is to be avoided in order to cultivate a calm and peaceful mind. The five precepts are: