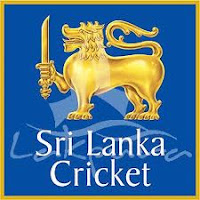 The Sri Lankan Cricketers today (17) registered their first win under the  Commonwealth Bank ODI Tri Series Cricket Championships played in Sydney Cricket Ground (SCG) in Australia by beating host Australians from  8 wickets .In the day and night match played in Sydney the Sri Lankan Team was able to restricted strong Aussies Batting lineup to 158 runs in 41 overs as rain reduced the number of over per side..

As a reply to the Australian total the Sri Lankans scored 152 runs for the loss of only 2 wickets in 24.2 overs when the win was handed over to them under Duck worth Lewis system with a bonus point.Skipper Mahela Jayawardena has top scored with unbeaten 61 not out .Sri Lankan Pace man Tissara Perera who put an all round effort during the play was adjudged as Man of The Match.

Police used tear gas this evening to disperse thousands  of protestors led by Parliamentarians of Opposition Parties including main opposition United National Party (UNP) near Colombo Fort Station when they were heading towards the Station to hold a Protest Campaign against fuel price increase.When Tear Gas canisters were fired towards the protestors it has been seen some of them  returned  those canisters back to police officers..

Police also used barricades to close the Fort Station Area and to prevent protestors from entering it ,but the angry protestors broke down barricades and tried to march ahead. As a result fighting broke out between protestors and police and 15 Police Personal including 3 Deputy Inspector Generals  (DIG) were injured during incident according to Government Information Department.MP of main opposition UNP Dr.Jayalath Jayawardena was too got injured during the clash as his head was struck by a tear gas canister .He was admitted to Colombo National Hospital for treatment,

The Protest was organized by main opposition UNP and several other opposition  parties too participated except the leftist Janatha Wimukthi Peramuna(JVP).