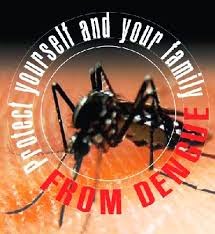 The dengue mosquito "aedis egyptai" who is responsible for spreading dengue are laying their eggs on defrosted water in freezers too according to the Colombo chief Medical Officer (MOH) Dr.Ruwan Wijemuni.

He has said that during the house to house inspections carried out by the health officials in northern colombo a large number of freezers with dengue mosquito larvae have  found Meanwhile the officials of Colombo Public Health Department have decided to file   court cases against the owners of  181 residencies in Northern Colombo  who are responsible  for  maintaining dengue mosquito breeding places in their back yards.the officials have identified these during the inspection carried out n north Colombo yesterday .

Around 18,100 houses in northern colombo have been inspected on last wednesday under the programme.