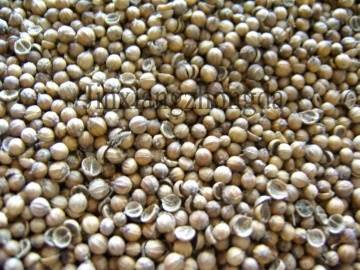 The Consumer Affairs Authority (CAA) has today(25) seized 200,000 Kilo Grammes of artificially colored, expired  Coriander stored at a retail store in Colombo which prepared to   be re -released to the market in Kalmunai Area.The said stock of coriander worth around Rs.10 million  is not suitable for human consumption and discolored as it has expired already CAA has revealed.

The stock of Coriander seized  was transported from Pettah to Kalmunai to add color through a chemical process it has been revealed.After the process the  colored Coriander stock than transported back to Colombo and distributed among retailers..
- October 25, 2014 No comments: