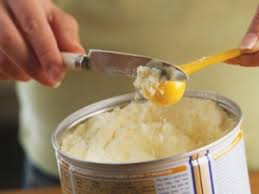 Around 1050 expired  Infant Milk Powder Packets have been found  in    a store in Seeduwa Area - Colombo  while the owner was preparing to re issue them to the market   the consumer affairs authority has said today(11).

According to the authority the Private Company who owns the store have tried to change the expiry days of the milk powder packets ,re pack them in a new packets and issue them to the market .