Adverse Weather Conditions Have Disrupted The Life In Up Country Areas 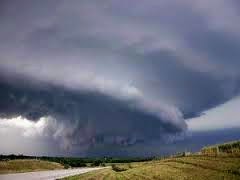 The National Building Research Organization(NBRO) has warned the public in four districts in the up country on possible land slides and power failures due to the adverse weather conditions prevails in those districts at present.Nuwara Eliya,Kegalle ,Kandy And Ratnapura Districts are identified as the areas prone to weather related disasters NBRO has stated.

Meanwhile  due to the rising water levels sluice gates of Upper Kotmale,Lakshapana,Castlereigh and Nortonbridge Reservoirs have been opened authorities have said.due to the heavy showers  prevailing at present those  who are residing in low lying areas have been  advised by the authorities to be vigilant on this situation .also the central provincial education ministry has today(12) decided to close all schools in Hatton District due to the bad weather.

Due to the adverse weather conditions including earth slips  prevailing  in the up country areas the night train service of up country rail way route are being  continuously  disrupted it has been reported.the hatton -colombo main road was blocked this evening due to an earth slip occurred in diyagala area.the vehicle movements on hatton-colombo main road is disrupted due to this and the  authorities have advised motorists to use alternative routes.
- June 12, 2014 No comments: