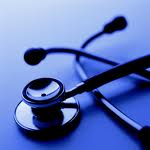 All Government Hospital Doctors attached to Uva Province will commenced an one day token strike from 8 a.m to 4 p.m tomorrow(16) requesting to fill 101 medical officer vaccancies in the province with immediate effect according to the Government Medical Officers Association(GMOA).

During the strike period doctors will only perform an emergancy treatment and surgeries the GMOA has said.
- December 15, 2010 No comments:

Health Ministry has urged the public that  no need to fear at all on taking H1N1(New Influenza) Injections donated to Sri Lanka by the World Health Organization(WHO)  as mentioned by a certain group as the injection vials are expired in end of december this year and february next year.

In responding to a question raised by a group doctors throgh the media regarding expiring of some of these vials in december this year the Ministry officials said that out of 1.5 million injection vials received by Sri Lanka only a section of those vials are expiring in 31st of December and these vials too can used till the expiry date without any problem.
Sr Lanka has received these H1N1 I njection Vials made in Australia last year and already distributed them to all special clinics of government hospitals and MOH Offices to inject special groups.
- December 15, 2010 No comments:

Ministry sources  added that the Minister will submit the proposal when the Central Commitee of the SLFP meets again.

Two Femsles A Chinese And A Sri Lankan. Had Been Admitted To IDH Hospital, Angoda Suspecting As Infected With New Corona Virus

Two females including a Chinese National  and a Sri Lankan suspected as imfected with New Corona Virus had been admitted to  IDH (Infect...