Sri Lankan Cricketers who were the runners up in the concluded ICC World Cup Cricket Tournament in Mumbai, India returned home  this morning from Mumbai with amidst cheers from the Sri Lanka's Cricket Loving Public.The Cricketers were taken from Bandaranaike International Air Port to the Independence Square at Colombo-07 in a Parade while large number of people were greeted  them on their way. 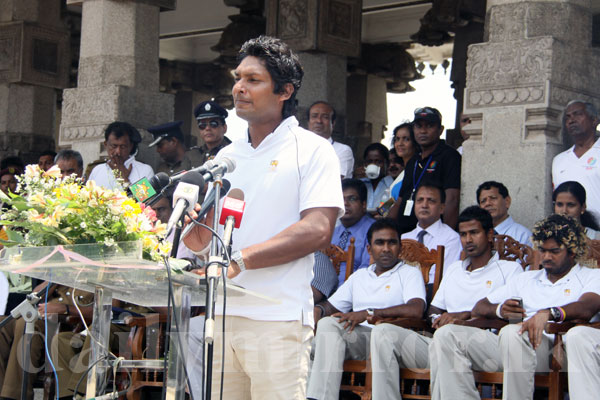 At the Independence Square a media briefing was held followed by a Cultural P agent to greet the Cricketers.
- April 03, 2011 No comments: