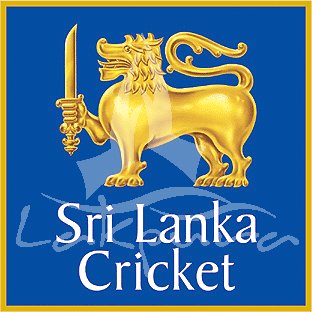 More than 5200 Sri Lankan Cricket Fans are due to gather to the Independence Square in Colombo-07 at 3 p.m tomorrow to stage a peaceful Demonstration urging the resigned Sri Lankan Cricket Captain Kumar Sangakkara and his Deputy Mahela Jayawardena to withdraw their Resignations.

Both Sangakkara and Mahela as well as the Sri Lanka's National Cricket Selectors headed by Aravinda De Silva step down from their posts following the loss of the ICC World Cup Cricket Finals concluded on  last Saturday.Although Sangakkara and Mahela insisted that they have resigned from their posts to groom a new leader for the National Cricket Team for the next World Cup scheduled to be held in New Zealand and Australia in 2015, there are speculations that due to the internal pressure which caused the loosing of the  final game which most Sri Lankans believe that the Team will win easily caused  them to resign from their posts.
- April 08, 2011 No comments:

Around 16,900 Nurses  lost their  franchise to  cast their votes at the first ever election to elect members to  the proposed Nursing Council which is due to be held tomorrow(09).These Nurses who are three fourth of the total number of nurses working in Government and Private Health Sectors lost their voting rights due to not getting registration of the Sri Lanka Medical
Council (SLMC) according to the Health Ministry sources.

Only 7310 Nurses who had already received the registration of the SLMC will eligible to cast their votes to elect six members to the Nursing Council in tomorrow's elections the Ministry sources has confirmed.The reason for majority of nurses not receiving the SLMC registration is due to the non production of their Nurses Training Certificates issued by the Nurses Training Schools.It has been revealed that it take two or three years for a Nurse to received these certificates after the completion of three years Nurses Training due to the delay of issuing them .

Meanwhile the Government Nurses Union is having a different opinion of the issue as they stressed that it's illegal to not allowing majority of Nurses to cast their votes at the Nursing Council Elections and warned that  they will take this matter to the courts soon if the Health Ministry Officials not taken steps to allow these Nurses to cast their votes in tomorrow's election.
- April 08, 2011 No comments: