The Government has decided to close down all Public Offices and Schools in  Colombo-01,2,3 and 4 divisions on  10th of November in the view of marking President Mahinda Rajapaksha's swearing in ceremony for  second term in office.
- November 13, 2010 No comments:

President Instructed To Grant Visas For Al Jazeera T.V Crew After Deaprtment Of Immigration Refused To Issue Visas For Them 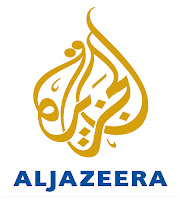 The Al Jazeera Television last Wednesday showed the piles of bodies who were executed during the final stages of war against LTTE last year.Afterward Sri Lankan Government rejected these photographs by saying that this is a similar to the video footage which  Channel-4 in United Kingdom telecast recently on the war. Government also claimed that this is a malicious attempt to discredit the victory of the Sri Lankan Forces.

The Al Jazeera T.V Crew is due to visit Sri Lanka to cover the President Mahinda Rajapaksha's Swearing in Ceremony for  Second Term in office scheduled to be held in 19th of November.