New Tele Mail System To Be Introduced From Tomorrow(01)

The Sri Lankan Postal Department has terminated the telegramme service functioned in the country over the past few decades and introduced a new tele mail service with effect from tomorrow(01) according to the postal department sources.the new tele mail system was  designed similar to that of telegramme service will charge Rs.30 per 10 words and Rs.1.50 per every additional word sources revealed.

The new service will be implemented in 3600 postal and sub postal offices throughout the island from tomorrow.one the  features of  new tele mail system will be  delivering message to the recipient withing 4 hours  after it has posted and if the sender wants to know the position of the  message that sent that person  has to pay Rs.10 for that postal department sources added.

Thirteen Bus Passengers got injured and admitted to Accident Service of Colombo National Hospital this evening after the bus they have traveled  in collided with a container truck in front of Borella Lady Ridgway Children's Hospital.the thirteen passengers compromised with seven female and six males the reports hospital sources said.

After this accident a heavy traffic congestion have seen for hours at the Baseline Road just near the Ridgway Hospital.
- September 30, 2013 No comments:

Some foreign milk powder companies have using the name of Health Ministry and the sate logo illegally in those special sticker labels when stating they are free from DCD Chemical he has stressed."this is clearly a violation of food act and health authorities should have taken a  stern action against these companies "Dr.Ariyaratne has further said.


Meanwhile GMOA has decided to make a special request from  the health authorities to remove all imported milk powder products from the market till the tests on  DCD chemical have completed.
- September 29, 2013 No comments: 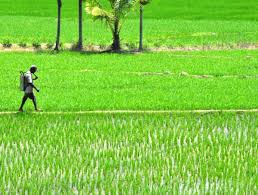 The Government Medical Officers Association(GMOA) has yesterday(28) requested from the Ministry Of Health to appoint a special commission similar to the lessons learnt commission with immediate effect to investigate on the deadly kidney disease spreading in North Central Province since 1998.addressing a press briefing held at GMOA Headquarters in Colombo yesterday the assistant secretary of GMOA Dr.Nalin Ariyaratne has said that it is an urgent need to appoint such a committee as over the years several research teams produced different reasons as the causes for deadly kidney disease in north central province and there's a need to come for a conclusion to find a exact reason for the disease to prevent spreading it further.

Such a commission should call all research papers issued regarding the kidney disease as an evidences and should come to a conclusion on the main reason behind  the kidney disease dr.Ariyaratne has said.besides that health ministry should have appoint a special officer withing the ministry to collect details on the kidney disease in north central province he has stressed.

Both the World Health Organization and a local research team in Kelaniya University have proved recently that the Arsenic was the main reason behind spreading of the disease but still the director general of health services who is the sole authority responsible in health services has silent over this and still not taken a single  step regarding the matter GMOA Assistant Secretary has said." who will take the responsibility on the deaths of thousand of people especially farmers in north central province who have died due to the disease during past decade ' he has questioned.due to not reaching a final conclusion on the main reason for the disease health ministry has still treat the kidney disease in north central province as an unknown chronicle kidney disease and even postmortems are not conducting over those who are dying due to the disease as the health officials still treating the  reason for the disease as unknown "dr,araiyaratne has further said.

Toxic substances Cadmium,Arsenic and Lead contained in Pesticides have been identified as the main causes for the unidentified   chronicle kidney disease spreading in North Central Province according to Advisor of World Health Organization(WHO) Dr.Mrs.Shanthi Mendis.the WHO Research Report issued Today(26) on Chronicle Kidney Disease in the North Central Province has stated that these toxins have contained in urine of kidney patients in the province in levels sufficient to damage the kidneys.

While stating that the WHO Research Team on Chronicle Kidney Disease in North Central Province has not underestimated the research done on the disease by a research team in Kelaniya University recently which found high levels of Arsenic contained in Pesticides and Fertilizers imported to Sri Lanka  has caused the spreading of the disease Dr.Mendis has stressed that WHO it self recommended the government to restrict the using of five imported pesticides contained high levels of arsenic in  Sri Lanka.

Dr.Mendis has revealed this at the launching ceremony of  Research Report on Chronicle Kidney Disease in North Central Province compiled by World Health Organization held at BMICH in Colombo.

Meanwhile addressing at the occasion the MP Of Jathika Hela Urumaya Venerable Athuraliye Rathnasara has  said that Pesticides Imported Companies may have bought  local politicians for money to cover the issue of arsenic contained pesticides and fertilizers the same way tobacco companies have done to our politicians.

Land Powers Should Only Vested With Central Government-Supreme Court

The Supreme Court has today(26) unanimously decided that land powers should be vested with Central Government not with the Provincial Councils as stipulated by the 13th amendment of the Constitution.the three member bench compromising Chief Justice Mohan Pieiris ,Justice Eva Wanasundera and Justice S. Sripavan were given three judgments in this regard by stating that  land powers will be vested only with the central government.

Recently some opposition parties have demanded from the government  that Provincial Councils should have given land and police powers vested with government .

Although fishermen got released mannar  judicial magistrate has ordered  the detention of  t ten boats which used  by Tamil Nadu Fishermen.these boats are in navy custody at present.

Meanwhile 35 Tamil Nadu Fishermen who were detained by sri lankan navy and released later by Vavuniya Court recently are still there in the country awaiting the releasing of their boats for ferrying them to India.