Government Servants ranging Intellectuals to Normal Employees are expecting a reasonable pay hike from this Budget to met the  high Living Expenditure prevails in the Country.Meanwhile Government has hinted last weak that if the Monthly Salaries of  State Employees increased by minimum of  Rs.100 it may have resulted the cutting down of mega development projects launched by the government.Government also expected to introduced a simple Tax System from this Budget.

A Cabinet Re-shuffle is to take place tomorrow(22).According to the President's Media Unit the new Cabinet is scheduled to take oaths before the President Mahinda Rajapaksha tomorrow morning at 10 A.M at the Presidential Secretariat in Colombo.

Under the   Cabinet  Re Shuffle several Ministerial Portfolios are expected to shift and the roles of the Ministries too changed according to the President's Media.Also several Deputy Ministers are scheduled to  be appointed as Ministers.

Minor Depression Caused Heavy Showers In Most Parts Of The Country 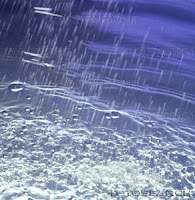 Due to the minor depression developed  in air ,Most parts of the country including Colombo experienced heavy showers with wind both yesterday and today the Department of Meteorology has announced today.During last 24 hours the highest rainfall of 90.8 mm was reported from Gampaha District in the Western Province and Katunayaka has recorded 64.4 mm ,Colombo -52.4mm and from Rathmalana 31.4mm of rain has been reported.
- November 21, 2010 No comments: