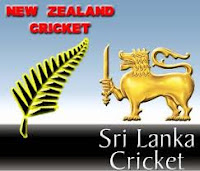 This is similar gesture as the Indian Premier Dr.Manmohan Singh too has invited their neighbor Pakistani President Asif Al Zardari and the Prime Minister of Pakistan to watch the second Semi Final of the ICC World Cup between India and Pakistan to be played in Mohali in Punjab,India on this Wednesday(30).

Sri Lanka qualified for the Semi Finals yesterday by beating England by 10 wickets in the match palyed in R.Premadasa Stadium in Colombo.
- March 27, 2011 No comments: