One Army Personal was killed and eight others injured due to the fire brikeout in Army Camp at Salawa,Kosgama yesterday(05) evening according to  reports.

Around 39 persons residing in surrounding areas of the Army Camp have receieved treatment due to various particles disperse as a result of heavy weaponary and ammunitions stored in the camp caught fire the sources have stated.

Meanwhile the military authorities have today(06) announced that those who fled away due to the fire and living over 1 KM radius area from the Army Camp can returned their homes as the  fire has doused already.

Authorities have yesterday closed the COLOMBO-AWISSAWELLA main road as a result of the fire and asked the residents nearby the camp to evacuate from their houses.
- June 05, 2016 No comments:

During last four days more than 6000 tonnes of garbage has been collected from flood affected areas in Colombo according to Ministry Of Provincial Councils And Local Government.

The flood debris was also among the garbage collected from flood hit areas of Colombo it has been reported.
- June 05, 2016 No comments: 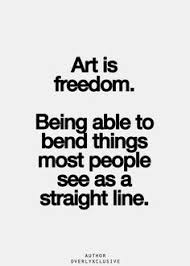 A Major Fire has broke out at the Ammunition Dump attached to Sri Lanka Army Camp in Salawa-Kosgama (In Western Province ) following an explosion occurred there short while ago according to sources.

The authorities have  taken steps to evacuate people from the area and  the Colombo-Awissawella Main Road in front of the camp has been closed due to this situation it has been reported.
- June 05, 2016 No comments: