Around 136 persons had been killed and more than 200 others had been injured and hospitalized following Bomb explosions occurred at six places including three churches and three star Hotels this morning(21).

Meanwhile police have advised the public to stay away from the explosion areas as a safety messure.

Still no one has  claimed  responsibility over these attacks.
- April 20, 2019 No comments:

Around 50 persons have been killed more than 150 injured and
hospitalized due to an explosions occurred  in six places including three churches  mainly at famous Saint Anthony's church in Kotahena this morning(21).

The injured are currently being transferred to the accident service of the Colombo National Hospital and South Colombo(Kalubovila)Teaching Hospital.

Two explosions had been reported from A church at Katuwapitiya,Katana and A church in Batticaloa this morning.There are reports that few died due to the explosion at Batticaloa church .

Three bombs exploded at Kingsbury ,shangri-la and Cinnamon Grand  hotels in Colombo and another bomb at a lodge in Maradana area it has been reported.

Today is Easter Sunday and the cause behind the explosions and the group responsible for this have not yet been revealed.
- April 20, 2019 No comments:

A 44 year old female had been killed

and two others have been injured and hospitalized after the Three Wheeler they were travelling in veering off the road and toppled over to aj precipice at Busalakanda area on Dambagalla-Madagama road on friday(19).

The injured including the Three wheeler driver had been admitted to the Sirigala Hospital in Monaeagala for treatment .

The incident occurred when the driver of the Three Wheeler travelling from Dambagalla to Busalakanda area not able to control the speed of the vehicle it has been revealed .

The deceased was identified as a resident  of Busalskanda area.

Forty Two Persons Have Been Hospitalized Due To Food Poisioning

Forty two persons including seven small children at Lakshapana Estate in Nallathanniya area,Maskeliya had been hospitalized due to  food poisoning last night(19). 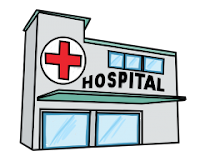 The patients who had shown food poisoning symptoms like diarrhea and vomiting  after consuming food  parcels distributed by an alms giving center(Dansala) in  a Kovil at  Lakshapana Estate during a festival held there ,had been admitted to the Maskeliya Provincial Hospital for treatment .Ten of the patients that had been admitted to the hospital had been discharged from the hospital last night .

Their condition is not critical according to reports.

Maskeliya MOH Office is conducting an investigation over the incident
- April 20, 2019 No comments:

A 24 year old youth  has drowned whilst bathing in Mahaweli River in Vilgamuwa area last
evening (19) it has been reported. 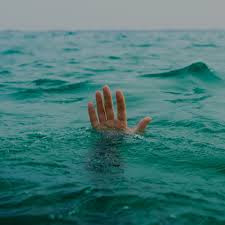 The deceased who was a resident of  Ganegoda in Akmeemana area had faced this incident whilst bathing in the danger side of the river it has been revealed .He had gone to the river to bathe from a relatives house and resident of the area have rescued him after  drowning .

However the victim has died on admission to hospital .
- April 20, 2019 No comments:

The flight had been diverted  to Mattala Airport especially due to the lack of Fuel stored in the plane to stay in the  air space till the bad weather improves according to Sri Lankan Airlines.

Later the plane has safely landed at Mattala Airport and received fuel .Afterwards it  returned Katunyake Airport as the weather improves .
- April 20, 2019 No comments:

A 19 year old youth has died and

another person had been injured and hospitalized after lightning struck them at Parasangaswewa area in Anuradhapura(North Central Province) yesterday (19).

WHY THE SWISS STILL LOVE CASH