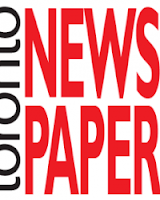 President Mahinda Rajapaksha has today instructed Inspector General Of Police (IGP) N.K Illangakoon to conduct a full scale investigation and submit a report to him on the assaulting of the "Uthayan "News Paper's  News Editor G.Kuganathan the Presidential Media Unit has announced today.

The Uthayan" News Editor was brutally assaulted by an unidentified people with iron rods near his News Paper Office In Jaffna last Friday he is admitted to the Intensive Care Unit of the Jaffna Teaching Hospital with serious injuries.
- July 31, 2011 No comments:

National STD/AIDS Campaign along with the Global Fund launched a 5 year programme to educate sex workers on HIV/AIDS Prevention according to the Dr.Lilani Rajapaksha who is attached to National STD/AIDS Campaign.Under this programme 4800 identified sex workers throughout the country mostly in Colombo are to be provided information on how to prevent spreading of HIV/AIDS as sex workers are one of the main causes who can spread the disease in the society Dr.Rajapaksha has said.

Addressing a Media Seminar on HIV/AIDS held in Colombo she further added that there are around 40,000 sex workers in the country and most of them were educated on HIV/AIDS.Around 1000 sex workers annually attending the clinics conducted by National Sexually Transmitted Diseases/AIDS Campaign which is not sufficient she stressed.
- July 31, 2011 No comments: