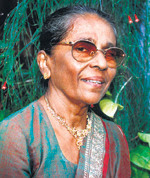 senior Artist Sybil Weththasinghe had created a Gunnes by writing the book "  Wonder Crystal " along with 20,000 school  children with most endings it has been announced yesterday (05).

The Book which was written  to mark World Children 's day last year was mainly written by the Veteran Writer Sybil Weththasinghe, However she has given a chance to around 20,000 School children to write the ending of the story it has been reported .

In the End there are 20,000 endings in the book which is a world record  according to the sponsor of the creation of this book Ceylon Biscuits Limited .The company than contacted the Gunness Book Of World Record judges and informed on this .

The Judges too examine this and announced it as a record and handed over the certificate to Writer Weththasinghe who is 92 year old yesterday at a function held at NELUM pokuna Theater in ,Colombo .

The 20,000 children created the endings for the book also there on.the stage with the Writer Weththasinghe to receive  the certificate  from A Judge of the Gunness  Book Of World records .

The Deputy Director General of Health 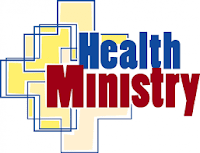 Services  ( Laboratory Service) Dr.H.Beneragama of   the Health Mnistry who had assaulted the driver of his official vehicle  provided by the Ministry under the influence of liquor recently had been appointed as the new president of  Collage of  Medical Administrators yesterday (04)without punishing him for his offence.

The Deputy Director General of Health Services (Laboratory Service ) Who had several charges to his credit in the past including illegally getting a Medical consultant 's salary for 15 years without been a Consultant and engaging in private practice which is ban for Medical Administrators in Government sector, had assaulted his driver of the official vehicle under the influence of liquor two weeks back and  since then all drivers of the Health Ministry are being boycotted driving his vehicle it has been reported .

Ministry of Finance has increased the

certified price given to Big anion farmers for  a Kilo Gramme of Big Anions from Rs.60 to 80 According to the Ministry.

The price increase has been made under the instructions of Prime Minister Mahinda Rajapakshe for the benefit  of the Big Anion farmers the Ministry has stated.

Meanwhile Finance Ministry has fixed a new maximum retail price of  a Kilo Gramme of Big Anions  as Rs.190 for the benefit of consumers it had been announced.
- March 05, 2020 No comments: