The Consumer Affairs Authority has today(18) raided a production plant at Mabola-Wattala and seized 8000 kilo grammes of expired chili powder and pieces worth Rs.9.6 million authority sources said.the owner of the production plant and the store keeper were arrested regarding the selling of expired food to the public .
- December 18, 2013 No comments:

Western And Southern Provincial Councils To Be Dissolved

The Western and Southern Provincial Councils are due to be dissolved withing next 2-3 weeks according to Minister Of Environment and Energy Susil Premjayantha,the elections for these councils will be held in due course he said.
- December 18, 2013 No comments: 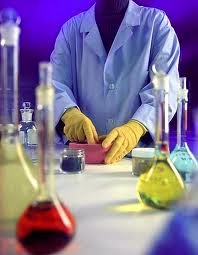 The top Health Ministry Officials  are   planning to appoint the controversial director of National Drug Authority Dr.Hemantha Beneragama to the vacant post of Deputy Director General Of Health Services(Laboratory Services) despite his involvement in registering several black listed Drug Companies under one day service for the purpose of purchasing Cancer Injections .

The calling of applications for the top post which supervises  the functions of Director National Drug Authority,Director Of Medical Supplies Division,National Drug Quality Assurance Laboratory and Director Laboratory Services have already been closed   and three officers including the controversial director Dr.Beneragama have already shortlisted for the interview scheduled to be held on this Friday(20) at the ministry.

Also the application procedure too has not done in impartial manner  as the health ministry secretary himself keep all the records of the shortlisted candidates by removing the Deputy Director General Of Health Services(Medical Services1) who is responsible for keeping the reports of applicants who are applying for the  top posts of the ministry from his duty.


According to the Government Medical Officers Forum (GMOF) appointing a controversial Director like Dr.Beneragama who was severely criticized by the President himself regarding the controversial Cancer Injection Issue is a bad example for entire government service as he has clearly violated code of ethics under establishment code.

The GMOF has urged the health authorities to refrain from appointing the controversial director for the post of DDG(Lab Services) as other qualified officers are there in  health sector  for the post.