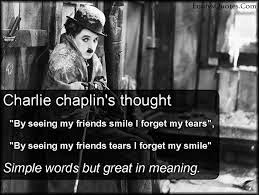 Passports Of Four Persons Including Ex Defense Secretary Have Impounded

The Galle Magistrate Court has today (09) directed the Department Of Immigration And Emigration to temporarily impound the Passport of Four Persons including of former Defense Secretary and Brother of Former President Gotabaya Rajapakshe and former Navy Commander Vice Admiral Somathilake Dissanayake over the floating armory issue.

The Criminal Investigations Department(CID) has detained a ship carrying 12 container loads of weapons on 18th of January and t
he investigations on these weapons are currently under way.
- March 09, 2015 No comments:

The Minister Of Public Order Johan Amaratunge has today  (09)  directed the Inspector General Of Police N.K Ilangakoon to temporarily lift the Ban of wearing full face helmets scheduled to  be implemented  from  21st of March .The directive  has come as a result of the public requests on lifting the ban on Full Face helmets Minister John Amaratunge has said.

The Police Department has decided to implement the ban due to the increased  number of incidents reported on using  Full Face Helmets for robberies and gun shooting throughout the island.

When the Minister of Public Order made the directive to lift the ban of Full Face Helmets today two motorcyclists  wore Full Face Helmets have  robbed Rs.140,000 belongs to a Financial Institute in  Athurugiriya this noon.In another incident Two Armed Men  wearing full face helmets have gunned down a Private Bus Owner  who is due to be getting married tomorrow(10) in Hikkaduwa (Southern Sri Lanka)during  broad day light.
- March 09, 2015 No comments:

The Colombo High Court has today (09) acquitted Former Army Commander General Sarath Fonseka of all charges leveled against him on harboring Army Deserters during the Presidential Elections held in  2010.

The Colombo High Court Judge Devika Tennakoon has today given this verdict and the second accused of the case Seneka Silva too acquitted all chargers leveled against him.

The Attorney General had indicted 41 charges against the both the accused of the harboring Army Deserter's case and  both General Fonseka and Senaka Silva were pleaded not guilty for all 41 charges.
- March 09, 2015 No comments: