Assaulted Popular Local Actress and MP Upeksha Swarnamali has been  transferred to Lanka Hospitals(PVT) formally the Apollo Hospital   in Narahenpita -Colombo today(23) from the Sri  Jayawardenapura Hospital in Kotte to undergo  a Plastic Surgery  according to the Hospital Sources.Doctors at the Jayawardenapura Hospital who treated her for facial injuries had reported  as approved the Plastic Surgery as her wish the sources further added.

MP Upeksha who is widely popular  here as "Paba"was severely assaulted by her husband Mahesh Chaminda on 15th of February following a family dispute and admitted to the Jayawardenapura Hospital by the Ministerial Security Personal  where she was treated for facial and eye injuries.She has reported as having  few bruises in her body too.She received treatment under the supervision of a Neuro Specialist of the Jayawardenapura Hospital.
- February 23, 2011 1 comment:

The Ministry of External Affairs has stated today that the security and safety of the Sri Lankans lives in the troubled Libya and Egypt are ensured and arrangements can make  to evacuate  them if need arise.

According to Ministry there are around 1200 Sri Lankan Workers reside in Libya alone.
- February 23, 2011 No comments:

The World Cup Song accepted as the National World Cup Cricket Song by the local authorities has been banned by the Sri Lankan President Mahinda Rajapaksha due to it's poor taste and  insulation against  other Cricketing Nations including of Australia and New Zealand .

The song which was sung by an upcoming singer and sponsored by one of the main sponsors of the Sri Lankan National Cricket Team was broadcast/telecast continuously through the State owned Sri Lanka Broadcasting and Television Corporations  and Private Radio and T.V Channals as well in both Sinhalese and Tamil Languages. The  song's lyrics  insults the Australian Cricket Team captained by Rickey Ponting will end up as Bird Food and the New Zealender's who are still mourning for the earthquake occurred in their country should have their jaws broken.

Several Expert local artistes too criticized the lyrics of this so called Cricket Song during past weeks  as it appeals Local Cricket Fans to come and eat chutney and insulting other Cricketing Nations instead of boosting the morale of  Sri Lankan Cricketers and fans.

It has been learn t that the President also blamed the authorities who allowed the insulting lyrics.Sri Lanka along with neighboring  India and Bangladesh hosting the ongoing 10th ICC World Cup Cricket Tournament

Sri Lanka's First  State Owned Eye Bank is scheduled to be inaugurate by the President Mahinda Rajapaksha on tomorrow(24) evening.The National Eye Bank will cater the need of Eye Cornea for Cornea transplant patients throughout the Island.

Around Rs.30 Million has been spent to build the National Eye Bank which was funded by the Lee Foundation in  Singapore.Around 30 Eye Corneas have already stored in the newly built Eye Bank while 500 Eye patients needed  eye corneas to get transplanted.
- February 23, 2011 No comments: 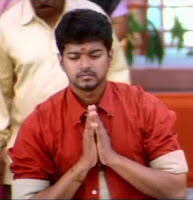 Tamil Nadu Actor's participation to the protest campaign marked his entry to the Politics and he accused the both Central and the Tamil Nadu State Governments not doing anything on the attacks against South Indian Fishermen.He further added that as he was raised on Tiger's Milk he will fight for the rights of Tamil People.

Earlier Actress turned Politician and former Tamil Nadu  Chief Minister Jayalaitha Jayaram too condemned attacks and the arrests against the South Indian Fishermen who illegally entered in to Sri Lankan Waters and urged the Central Government to warned Sri Lankan Leaders on the issue. 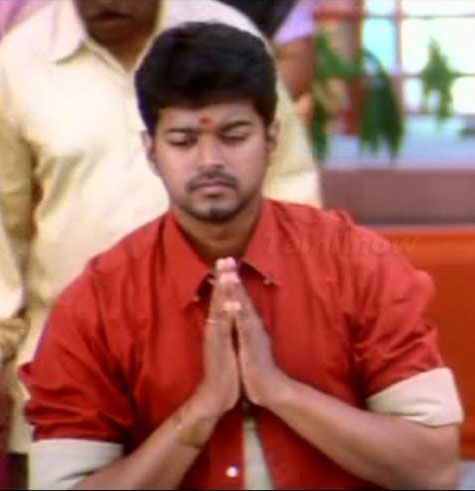 Deputy Minister of Finance and Planning Geethanjana Gunewardena has said in Parliament today that the Sri Lankans had smoked 4200 million Cigarettes and 2270 million "Beedi"(a kind of local cigarette made from tobacco) in the year 2009.

He has revealed these facts by responding to a question raised by the opposition MP Ravi Karunanayake.Deputy Finance Minister has also said that the total earned tax revanue of the government from Cigarettes and Beedi in the the year 2009 was Rs.37,800 million.
- February 23, 2011 No comments: