The Forum Of Health Professionals Against Government Corruption  has filed a complaint before  Bribery or Corruption Commission requesting an inquiry on a Media Officer attach to the Ministry Of Health who has taken a sum of Rs.227,000 as a bribe from a corrupted Drug Company in view of granting a tender for the Company to supply an expensive Cancer Injections to Maharagama Cancer Hospital.

The Forum has filed this complaint  before the bribery commission on 07th of November the sources have revealed.in their complaint the forum of health professionals against government corruption  has alleged that the said media officer has received Rs.227,000 as a bribe on behalf of the said tender in three installments on 18th,23rd and 27th of September 2013 to his  bank account at a Kirulapona Branch of a Private Bank.he has received the three installments as Rs.125,000 on 18th of September,Rs.50,000 on 23rd of September and Rs.52,000 on  27th of September according to forum sources.

After other Health Ministry Officials have received information on this fraud deal the said media officer has suspended his private bank account in Kirulapona Branch and now he has receiving a sum of over Rs.100,000 monthly from the corrupted drug company to his wife's bank account sources further added.

The Forum Against Government Corruption  has requested the bribery commission to investigate on all bank accounts belongs to the said media officer and take a stern action against him if found he is guilty of the charges.

Another Cabinet Minister Has Sworn In 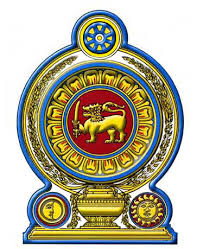 Deputy Minister of  Economic Development S.M Chandrasena has been appointed as the Cabinet Minister for Special Projects .he has taken his oaths in the new portfolio before President Mahinda Rajapksha in Anuradhapura this noon.

Following the taxes imposed on several imported essential commodities made through the 2014 budget proposals prices of them are expecting to be increased  during coming days according to local economists.the taxes are imposed on imported sugar,dhal,garlic,fruits,salmon,butter,yoghurt as well as petrol and diesel from the budget proposals presented to Parliament last Thursday.

In addition the tax imposed on all imported tobacco products too has been increased however the tobacco related expected  be not to be increased according to sources.
- November 22, 2013 No comments: 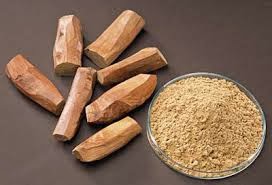 The Stock Of Sandalwood was packed in 445 boxes and stored in a container at Colombo Harbor sources have further added.the said stock was transported to Dubai from Chennai via Colombo at  the time custom officials  seized it.

The investigations are underway through the naval ship which was transported the sandalwood stock custom officials said.
- November 22, 2013 No comments:

100% Surcharge On Imported Gold Has Been Removed 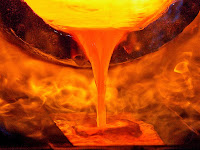 The 100% surcharge duty imposed on imported Gold has been removed with effect from today(22) according to Sri Lankan Customs.the surcharge was imposed on 21st of June this year for a six month period custom officials have said.

The surcharge was removed under the instructions of President Mahinda Rajapaksha they have further added.meanwhile import duty on gold has been reduced to 7.5% from 10% sources added.
- November 22, 2013 No comments:

Fixed And Mobile Phone Charges To Be Increased From January 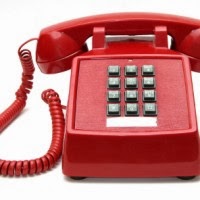