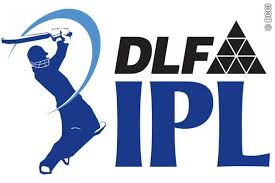 Ten out of the thirteen Sri Lankan National Cricketers who have signed luxurious contracts with various cricket clubs played at Indian Premier League(IPL) left India today to play IPL despite the threats made against Sri Lankan Cricketers by certian political groups in Tamil Nadu.the political groups and personals including state chief minister jayalalitha has banned sri lankan cricketers of participating 10 IPL Games to be hosted in Chennai under the tournament.Meanwhile criticisms growing among certain local groups which are pressurizing the Sri Lankan Cricket to prevent sri lankan cricketers  by participating IPL

Around 15 Essential Drugs Are Out Of Stock In Government Hospitals

Around 15 essential drugs prescribed in diabetic and nephrology clinics attach to government hospitals are out of stock these days hospital sources said.sodium valporate,HCT,prognacine are among the out of stock items sources have added.

Due to the drug shortage patients attending these clinics are prescribed to buy these drugs from private pharmacies sources further added.