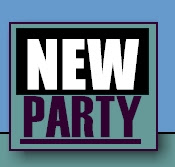 The United National Party (UNP) has signed the Memorandum of Understanding (MOU) with section of Sri Lanka Freedom Party (SLFP) and Jathika Hela Urumaya(JHU) Party for the formation of a new party call "United National Front For Good Governance" this morning at Temple Trees .

The new Front will be contested under the Elephant Symbol of United National Party in the forthcoming Parliamentary Election to be held on 17th of August.

According to the UNP Sources the new front will contest against the former President Mahinda Rajapakshe and former MP's who are supporting  him and  signed the nominations to contest in the election under United Peoples Freedom Alliance(UPFA) Ticket.