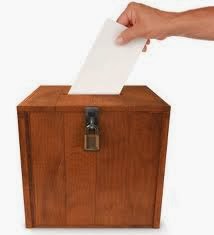 The postal voting of forthcoming Western and Southern Provincial Council Elections is to be held on 13th and 14th of March according to Elections Department.the elections for the two provincial councils scheduled to be held on 29th of March..

The 04th and 16th of March are named as special days to distributing poll cards and the distribution process is expected to be completed before 21st of March.
- February 08, 2014 No comments: