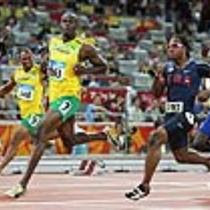 Usain Bolt of Jamaica becomes the fastest man on earth after winning 100 meters Olympic gold on Saturday which he won with a world record time 9.69 seconds at the Beijing Olympics .21 year old Bolt becomes the first Jamaican to win 100 meter gold Medal in Olympics.
- August 17, 2008 No comments:

Six policemen interdicted over the assaulting case of ranjan ramanayaka 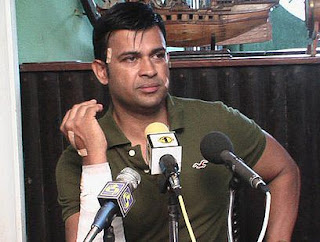 Six policemen were interdicted for mishandling the case of assaulting the opposition united national party's chief ministerial candidate for the Sabaragamuwa provincial council Mr.Ranjan Ramanayaka police sources revealed.Mr.Ramanayaka was assaulted last wednesday at palmadulla while returning from a election rally.he accused that the supporters of the ruling united peoples freedom alliance were responsible for this attack. He and two other unp candidates who were traveling with him sustained injuries and complaint has been lodged regarding this incident with the ratnapura police. around 7 vehicles damaged due to this attack.
- August 17, 2008 No comments: