Former Sri Lankan Skipper Mahela Jayawardena has today (26)became the first Sri Lankan Cricketer to score 10,000 Runs in Test Match Cricket as he reached the milestone during the first day's play in second Test Match against South Africa currently been played in Durban,South Africa.Mahela is the 9th Cricketer of the world who has reached this milestone.He was out after scoring 31 runs today as his Test Cricket Runs stands as 10,030. 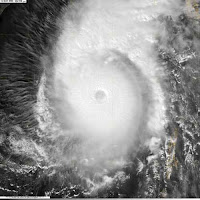 The Department Of Meteorology has warned the Fishermen reside in Eastern Jaffna to refrain from fishing in the seas Northern and Eastern Seas from  Mannar to Batticloe as the low pressure built in Bay Of Bengal is  developed in to a Cyclone.According to the Meteorologists a cyclonic condition is developing in 750 Kilo Meters east of Jaffna.

During last few weeks Seas in North to Southern Sri Lanka have experienced rough waves and gusty winds due to the low pressure area developed in Bay Of Bengal.
- December 26, 2011 No comments: