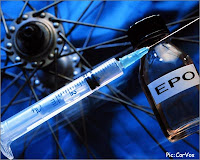 An essential Injection "Erythroprotien" which has prescribed  for  Patients with Kidney Infections is out of stock at the moment in both Government Hospitals and Medical Supplies Division(MSD) according to Medical Sources.The said injection is very expensive in the private sector as one injection vial will cost more than Rs.3000 according to sources.

The Medical Supplies Division has already make an order to import the  said injections under the recommendations of Government Hospital Consultants it has been reported.

Live Debate On Whether Rs.7500 Is Enough For A 3 Member Family To Survive One Month

The Much awaited debate on Education Minister Bandula Gunawardena's claim that under present living conditions  Rs.7500 is enough for a family of 3 persons (Rs.2500 per person)to survive for one month by taking three meals per day is to be held tonight (03) live at a local private T.V Station in Colombo.Education Minister him self with Opposition MP Ravi Karaunanayake scheduled to participate this live debate which will be telecast over Derana T.V tonight from 9.45 p.m on wards.

After Minister Gunawardena has stated Rs.7500 is enough for a family of 3 to survive one month period several people including intellectuals,Opposition MP's  and ordinary people in the country  criticized the minister by saying under present living conditions it  is impossible for a family to live with the mentioned sum of  money for one month.As criticisms on his statement began to flow in Minister Gunawardena said he is ready to debate on the issue with anyone who have passed A/Levels with Economics and has a degree on the subject.

Three persons including the leader of New Leftist Front Dr.Wickramabahu Karunaratne,MP of Leftist JVP Sunil Handunetti and Opposition UNP MP Ravi Karunanayake were expressed their willingness to take the minster's challenge to debate on the issue .However Minister has selected Opposition MP Karunanayake to debate with him on the issue.